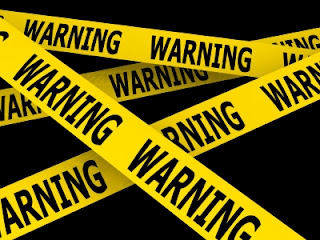 Has anyone been approached by a company called BT Customerstreet? I have had many complaints (see below comments) that I would like to share. If you have dealt with them or have any comments, please comment?

I have tried to find someone to write to about BT’s new subsidiary company called BT Customerstreet. I was approached by this company last week. Naturally upon hearing the word BT I felt safe and protected.

I have been a loyal BT customer for many years. A high pressured sales girl told me that BTCustomerstreet were offering fantastic web design and hosting. As it was BT they were able to put me on the front page of google and build me a website at very competitive rates. It sounded too good to be true.

I asked for time to think about it but she said there was no time because they needed a caterer urgently for the Southampton area and my company was ideal to be listed. I told her I also had a Turkish house and she said she would build a website for that too for £50 extra. I was still very undecided but after some high pressure sales tactics I agreed to go ahead with two sites. I handed over my debit card details and she withdrew £353.00.

The following day she said she wanted all the text for the sites and was in a great hurry. She then said it was only two pages but any text would do. I started to get worried. I wanted a professional web site. I directed her to a site which looked professional and said I wanted my site to look similar to that www.heritageportfolio.com I explained my food was up market. “No problem” I was told. I still had doubts so spoke to her manager about my concerns regarding the web design and asked if I could cancel. I sent her an email requesting my money back. I was told that the money £353 for the websites and £60 plus VAT per month was for the benefit primarily of being on page 1 of Google and the high rankings on line. I was reassured that all would be well.

I was still unhappy so a manager agreed to refund £100 to my card and reduce my monthly costs to £29.99 plus VAT.

All was well until I received (from a friend who builds websites) some blogs about BTCustomerstreet and it’s previous company Iomart or ufindus. It transpires that this company ripped off so many unassuming small businesses that they even had their own victim support website. The big question is why has BT taken on a company with such a bad history of conning the public?

I have since discovered that my website is up and running with text provided by me and some dodgy downloaded photo’s which are probably doing my business more harm than good. One is a of a group of people eating sandwiches in an aeroplane!

The BT sales team are mis-selling by promising to deliver goods which they don’t, they are using aggressive sales tactics and furthermore they then hide behind a legal loop hole which means that customers have no cooling off period as it’s a business to business deal – even though most of the people are sole traders and they use private debit/credit cards. They target the most vulnerable. Furthermore they now have the weight of the name BT behind them.

I have contacted the Office of Fair Trading and Trading Standards and I have taken the matter up with my MP, Sandra Gidley.

BT Customerstreet have now agreed to refund my money in full within 5 working days but given the stuff I’ve been reading about this company (Iomart), it seems that what they say is not necessarily what they do.

How can we approach the people at the top of BT to let them know what’s going on?

Written By
admin
More from admin
BT to cut 10% of workforce as it announces £1.28bn loss BT...
Read More