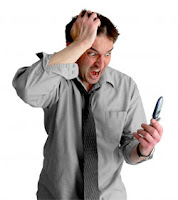 BT cancellation fees are the source of many complaints on this website and this saga just shows the types of problems customers are experiencing with BT.

I’m writing to explain to you the recent events I have endured while trying to switch my broadband over to BT and start up with BT vision.

Originally my phone line was with BT as I moved into a new property in December 2008 which was already set up with BT. I still had a contract with Virgin so continued my broadband service with them who originally promised we would also use them for line rental but for some reason I had to keep the line rental with BT.

After a year had passed I wanted to consolidate the line rental and broadband which would be much cheaper and easier to manage. We received no notification that the BT contract had been renewed in December and began looking for quotes in February.

BT gave a competitive price and we were interested in BT Vision so I got the mac code and emaillled details to Christopher Moore on 16th Feb.

We received letter with Activation date of the 24th Feb.

We checked on the 28th Feb – No Broadband. Called and eventually spoke to Ralph Amato who promised he would look into the situation and see the connection through to resolution. On the telephone approx 30 – 45 mins.

Had an email from Ralph on 2nd March: “sorry I didn’t get back yesterday at 12, I couldn’t make it for that time, just to let you know the bb order that you had placed previously didn’t need to be cancelled, I called our order management team, and they had advised me that they will progress the original order and this would be active in 5 working days from the Sunday 28/02/10. I will keep you up to date on this.”

Had a call on 4th March both from Ralph assuring that the order could carry on and hadnt been cancelled and will be activated 5 working days from the 28th – 5th March.

Called BT spoke with 2 initially very unhelpful people before requesting I speak to customer services where a helpful lady managed to push it through as far as possible and explained the situation to a guy called Tai. He said the order did need to be cancelled but he couldnt take the BT vision off so put me through to someone who could. This time I was transfered blind to Kerry with no backstory explained and so I had to go through the whole saga again. Total time on call : 1hour 26 minutes.

Kerry said that the BT vision part of the order needed 24 hours to cancel so the new broadband/BT vision etc could go through together at the agreed bundle price so would call back on Monday to start the entire order again.

She called on Monday at 12.15 but I was in the middle of something and she left to process the order promising to call back at 12.30 but I didnt hear a thing. Although she said before she hung up that she thought it would all be up and running in 5 working days.

8th March got email from Ralph saying he would look at order and get back to me: “I’m sorry about your frustrations on this, I will try and speak with order management later on today, plus I’ll have a look at your bb order, and get back to you.”

15th March, broadband still not working. Placed call to BT requesting Manager call back before 5pm (call made in morning). Was called back (not by manager) requesting I check the Mac code as it was believed to be a digit short. Virgin verified I had the correct code as stated to BT but informed me that that code has now expired. I requested a new code.

No manager called back.

17th March received packaging in post presumably to send back equipment – don’t know why not requested. Packaging not big enough.

18th March request to speak to an advisor. spoke to Joseph Langton who explained that he didnt believe the MAC code would ever work because of the equipment at the exchange as provided by our current internet provider but couldnt get through to the engineers to confirm. On phone for 25 mins, he promised call back later that day.

I was called back by Joseph to be told the broadband was never going to work as the equipment at the exchange was not compatible so the whole order couldnt be pursued. That was that.

New packaging never received. Much to our inconvenience we sent it back in a big box and stuck on the address cut off the packaging.

We pursued the order with Virgin media as we had no further options.

The other day we received a letter stating that we had to pay cancellation fee of £52. I found this completely unbelievable and thought it must be a clerical error. I called BT only to find that I am indeed expected to pay this fee. However an investigation was launched to check I never received notification of the renewal.

I am totally shocked by the utter incompetence of BT and how we have been treated, the time and stress involved to implement a routine upgrade is staggering. I am heavily pregnant and meant to be avoiding stressful situations.

I feel under the circumstances we should NOT be expected to pay any cancellation fee and should in fact, be given a credit on our account to cover the time and frustration we have endured at the incompetent hands of BT.

I look forward to hearing your opinion on our case.

Written By
admin
More from admin
Getting a new phone line with BT often leads to problems as...
Read More