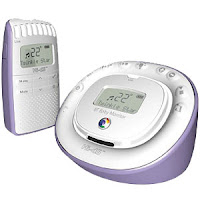 Here is a BT complaint regarding a faulty baby monitor and the poor customer service received.

On Wednesday 9th September, following the birth of our baby on the 8th (arrived unexpectedly 2 weeks early) my husband prepared our brand new BT 150 for use. He had bought the item from the BT online shop at a good price in June, after researching the product and finding it had been recommended by ‘Which’.

However, the parent unit appeared to be faulty and when returned to charge on the docking station would pulse at a volume which meant our baby’s noises were inaudible – appalling for parents with a baby only a day old!! He tried without fail to get the item to work, and decided to phone BT on the 0808 100 6554 number for help.

They advised him that the item would be picked up on Monday, and that we would receive a replacement in 10-20 days! This was totally unacceptable. It is obviously a very stressful time for new parents, and it wasn’t as though we had bought a toaster that we could do without. This, in our eyes was a crucial piece of equipment. I was distraught to think we would be unable to leave our baby alone, especially with my husband’s imminent return to work. So on Saturday, I phoned the same BT number. I was told by an advisor called Sarah that the item was being picked up on Monday, but that a temporary replacement would be sent with it. Then a new one would be sent within the 10-20 day time frame as before.

I decided to stay at home on Monday to await the pick up of the faulty monitor and the delivery of the temporary monitor. 4pm, and no sign of the pick up. Again distraught, I phoned BT. Nobody seemed to be able to track the delivery. I was put through to your Indian call centre, and told quite abruptly that the BT 150 monitor didn’t even exist!! For such a well established and respected company, why use call centres where your advisors cannot speak to customers in a dignified way and are not properly trained??

I asked to speak to the supervisor, who thankfully called me back and put me though to an English advisor called Emma, who seems to be the only person in your entire company who could help us. So she assured us that if we paid the same rate as we had in June, she would arrange for the faulty item to be picked up and the new one to be sent out and on receipt of the faulty one we would be refunded. This indeed did happen, on Wednesday 16th September, though obviously this meant an additional two days spent at home waiting.

I appeal to you that my experience with BT shop and BT in general is totally unacceptable; to have had a faulty product, to have been passed from pillar to post with at least two hours spent on the phone, to have spent three days waiting at home and for this entire situation to take over a week to resolve, when my partner and I are at the most stressed we have been in our lives coping with the needs of a newborn baby. I demand a response and that something is done to resolve our faith in BT via a gesture of compensation.

Written By
admin
More from admin
Yet another complaint sent in about BT Customer Services whilst setting up...
Read More