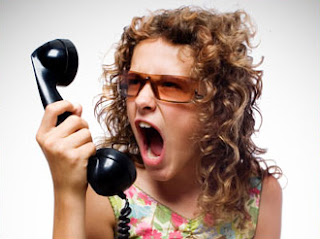 I am writing to complain about your billing department – I am now totally fed up with BT and your inefficient billing systems.

My problems began in April 2012 with I moved house (11 April 12) to an area which could not receive broadband or TV. There is a broadband scheme funded by the welsh office as this is the case for the whole village. I informed BT that this was the case when I moved, however I got continuous emails telling me that I had the services available. The company who is able to suplly the area gave me the report (provided to them by BT) showing that BT could not provide the service. I forwarded this to BT, but this did not make any difference.

I spent hours on the telephone being instructed to try the same resolution, I had two days off work waiting for an engineer to arrive, to confirm the situation, neither time the engineer arrived, although they phoned from the exchange on the second occasion to say there was no chance of broadband as the signal was too week. Eventually after 6 weeks BT confirmed that it could not supply the services and I was given a MAC code.

However then the aggravation moved to the billing as I was then billed for the 6 week period for both the services, I initially phoned the day that I received the bill and after a 30 minute call was told that the amount had been credited, when I failed to receive the new bill, I emailed and the amount was still outstanding, the lady told it had been credited again, then I was called in Mid July to tell me my phone line had been restricted and that I still owed the full amount, I emailed again and was told it was activated, I was told I would be charged £12 for the privilege of being cut-off, but after further discussion the lady said that this would not be levied as it was not my error.

I then received a bill in August that billed my for the £12 fee, I emailed and after complaining again was told that it would be credited.

Imagine my surprise today to be called on the phone and told that the original bill is still outstanding, and when I told the lady I was not happy, she put the phone down on me.

I am extremely annoyed and frustrated by the appalling service and waste of time that your company has cost me over a four month period, and I demand that this is resolved and that I am compensated for the lack of broadband services, I was left for 6 weeks without any services as I was not able to have a MAC code, and also the frustration and time wasted by BT staff constantly failing to understand or action solutions and the engineers failing to turn up.

I am also charged extra for paper bills which I have no option to receive when the billing section is so inefficient, and I believe these charges should be re-imbursed as previous to this ongoing complaint I have been able to pay by Direct debit, but unfortunately the inefficiency of the billing section leaves me with no choice.

As well as hoping this will be published on www.btcomplaint.com, this complaint will be forwarded to the ombudsman as I believe that any solution taking over 8 weeks to resolve can be referred.

Written By
admin
More from admin
Submitted by Paul in November 2016 25+ Houses have been without a...
Read More