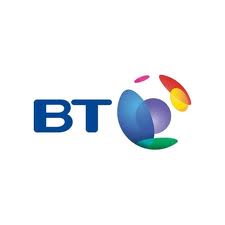 I complained and raised a formal dispute about an incorrect bill after I had accepted a free offer for one year, and then cancelled at the end of the year as I had not found the service useful. I thought I had not been restored to where I was before the offer. This may be incorrect, but bills are obscure enough for this not to be clear, and I had a lot of trouble finding a bill old enough to throw more light on the situation (this delayed my response longer than I had intended). Also, my bills started coming monthly instead of quarterly. I was told by email that bills after the end of the trial could not be refunded; this may turn out to be correct if they restored the status quo ante, and I am awaiting clarification on that, in response to an email sent this morning (12 Dec 11).

However, I found that my phone service had been disabled this afternoon. I understand that this is not even allowed when a dispute is outstanding – it is blackmail, and it is certainly an inappropriate way to try to resolve a dispute. I am unable to communicate by telephone with BT at all – if I try to dial 100 or 150, the call is not put through; it is only possible to communicate with automatic services. The amount of the bill is disputed, although it may turn out to be justifiable (in which case I will pay it). The bill also arrived one month after the previous bill, when the agreed billing period is quarterly (agreed by BT, in an email received recently).

I write to complain about the unreasonable, and possibly illegal, disconnection of telephone service. Please ensure that I am not charged for the period when service was not provided. I don’t know whether I should ask in this email for the general problem to be looked into also, or if this is being done in another department.

Written By
admin
More from admin
This BT complaint was sent in today regarding no broadband service.  ...
Read More