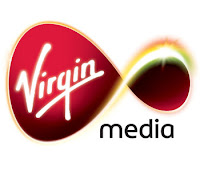 Virgin Media’s advertising campaign for its 50Mb broadband has been okayed by the ASA after rival broadband operator BT logged an official complaint.

Boasting “the fastest broadband in the UK”, the campaign has comprised of press ads, posters and Samuel L. Jackson-front TV adverts.

BT however were not impressed with the boast, claiming the 50Mb speeds were not the fastest and its Ebbsfleet Valley 100Mb pilot scheme was.

The Advertising Standards Authority has dismissed BT’s complaint as BT’s 100Mb offering is a very limited trial whereas Virgin’s 50Mb broadband is available to over 5 million homes and is due to be extended to many more soon.

Written By
admin
More from admin
Submitted by Natasha in October 2016 From start to finish the service...
Read More