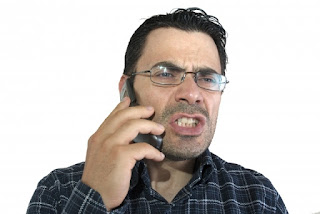 On demand is a misnomer. It’s more a ‘watch what you like when BT feel like it’ service!

I’ve had at best a sporadic service which usually ends up with a discussion with someone in New Delhi who wants me to run up and down stairs switching off, unplugging, plugging back in again, with the end result of having still to wait a day or two for ‘normal’ service to resume.

They have excelled this time by ensuring, over the Christmas period, where I get the rare opportunity to veg in front of the TV, that my on demand fails – again! They first told me it was a fault at their end – I managed to watch one film – then hey presto, it was gone again – and remains firmly gone.

Further conversations with New Delhi resident and they say they are going to send an engineer out – ‘why would this be’ I ask as they had already told me it was a fault at their end!!!

I hate BT – my husband hates it even more… I can’t express how frustrating it is to see all these films I could be watching but instead sit motionless on the sofa with phone in hand listening to sychophantic BT tech staff telling me how sorry they are.

I’ve gone through to the executive BT complaints department and had minor success there, but short lived and now the lady I was dealing with refuses to respond to my emails = no surprise there!!!!

Written By
admin
More from admin
Dear BT Complaints I have requested you to give me a Mac...
Read More