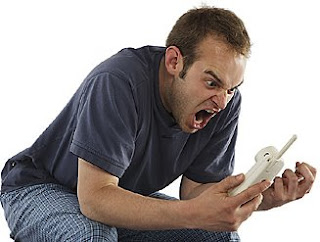 BT is the worst telephone provider according to a large-scale consumer survey, which found that more than a quarter of its customers were not happy with the company.

It is the second year running that BT has come bottom of the survey, carried out by the price comparison website uSwitch. It found that 28 per cent of its customers are not satisfied with the overall price, service, bills and ease-of-use of the telphone offer.

The blow for BT comes despite successful attempts to improve its offers over the last year, after it lost many customers following it being stripped of the telephone monopoly in the early 1990s.

The survey of 12,000 people found that just 59 per cent of telephone customers in Britain were happy were the service they received from their phone company, and 76 per cent were satisfied overall. BT customer’s recorded a 72 per cent satisfaction.

The industry, as a whole, appears to have improved slightly with many companies lowering customers’ bills over the last year. The overall proportion of people satisfied has increased from 74 per cent to 76 per cent. The company that came top was Sky, with just 14 per cent of its customers dissatisfied.

Jason Glynn, at uSwitch.com, pointed out that BT had improved over the last year, and that it should be given praise for becaming the first provider to stop charging for calls to 0845 and 0870 numbers. However, it come last in all but 1 of 11 categories, including value for money. 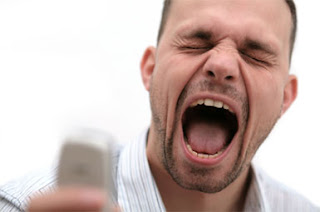 Mr Glynn said: “Customer friendly steps, such as BT introducing free calls to 0845 and 0870 numbers, have been very welcome. But consumers will still be concerned by increased line rental costs and being hit by charges for receiving paper bills.

“While these measures will bring in much needed revenue to companies, it could be at the cost of customer satisfaction and trust built up over many years.”

BT, which has 11 million customers, angered many of its customers last year when it introduced a fee for all of those who chose to pay their bill by cash or by cheque.

More than five million customers, who did not like paying by direct debit, were charged £13.25 a month for line rental, compared with direct debit customers who paid £12.50 a month.

This itself is more expensive than most other line rentals on the market. Sky, for instance, charges just £10 a month for line rental.

One customer, nicknamed “the cash martyr” unsuccessfully took BT to court in an attempt to stop what she claimed was an unfair charge.

BT said the survey “had no credibility”, arguing that because it had been conducted online it missed out on the many loyal, especially elderly BT customers, that did not have access to the internet.

A spokesman also pointed out that uSwitch failed to make clear that it accepts commission every time a customer switches from one provider to another via its website.

BT fared marginally better in a separate survey from rival price comparison website Broadband Choices. It was ranked 7 out of ten providers for the best Internet Service Provider. The winner was O2, and the bottom-ranked company was AOL Broadband.

Written By
admin
More from admin
Submitted by Sara in October Where do I start? 1/10/2016 I stupidly...
Read More