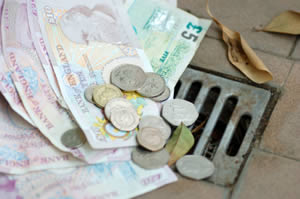 This recent BT complaint about broadband allowance charges is terrible. Terrible in the fact that because this customer had chosen not to have paper billing and thus do their bit to save the environment, in doing so cost them £500 of fees as they did not receive emails informing them of charges for going over their broadband allowance due to a mistake on their email address setup.

I’ve gone over my broadband allowance for 8 months but BT have never notified me so i’ve paid £500 on top of my normal bill!

I’m completely gutted. We are a large family and this has hit us hard. We chose not to have paper billing so did not see the bills mounting and the email that I should have received from BT to say we had reached our limit did not have my correct email address on it so I wasn’t aware of the direct debts that they were taking until I started running short of money in my account.

I have spoken to someone from BT today and he said it was all my fault as the incorrect email address was on the account!

Strange as I have been receiving emails from BT for all other correspondence but they said the dot (.) was missing from my address when I set up the broadband.

So I have decided to end my contract, close the phoneline and the kids will now have to go round to friends to go on the internet as we have had enough!

It would not have been so bad if BT had met me half way with some of the £500 but it fell on deaf ears.

Sad as i’ve been a loyal customer for 25 years. Well you learn the hard way sometimes. Just another example of how easy it is to lose a large sum of money by a . going missing from an email address.

Written By
admin
More from admin
Dear BTComplaint.com Please help and share this complaint about BT on your...
Read More